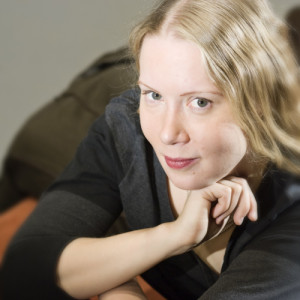 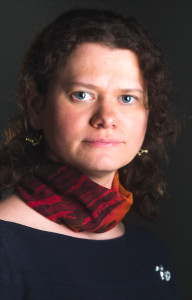 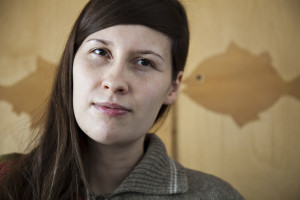 In season 2015-2016 concert series HELIjaKEEL has been presenting new music from Estonia and Finland. The final concert of the season – 1977 – is bringing together music by composers Malle Maltis from Estonia and Maija Hynninen from Finland and poetry by Finnish poet Vilja-Tuulia Huotarinen. The name of the concert program – 1977 – is driven from the fact that all the authors have been born on the year 1977. There is also a new work – 1977 – in the program, inspired by the year 1977, written as a collaboration by three authors.
The program includes a light installation with electronics Do not cross by Maija Hynninen where texts by Vilja-Tuulia Huotarinen are used;  Earthship for chamber ensemble and electronics and …sicut aurora procedit for violin, electronics and aerialist.
Works by Malle Maltis in the program are Kannel Patterns for solo kannel; Small talk for clarinet, kannel, cello and piano; Colliding waves and premier of Standing waves for string quartet and electronics.

Maija Hynninen (b. 1977) incorporates in her work the human voice, live electronics and multidisciplinary performances. She entered the Sibelius Academy in 2003 (M.Mus. 2011) to study with Paavo Heininen while also working for a violin diploma at the Norwegian Academy of Music. She has added to her studies an ERASMUS exchange year in Staatliche Hochschule für Musik und Darstellende Kunst Stuttgart with Oliver Schneller. The studies in electronics continued at IRCAM Cursus 2012–13. She is starting her Ph.D. in electro-acoustic music in Sibelius Academy in 2015 and composition in UC Berkeley in 2016.
Hynninen writes virtuoso parts for the musicians yet captures a sence of lightness of texture. The music is often governed by linear thinking while the harmony gravitates towards quartertones. The textures often combine noise and pitch which result in ambiguity of timbre. Her future works include chamber and orchestral music as well as works for soloist or small ensemble and live electronics.

Malle Maltis (1977, Tallinn, Estonia) began her musical studies with playing recorder and oboe. In 1999 she went on to study composition at the Estonian Academy of Music with Professors Eino Tamberg and Toivo Tulev. In 2003, she studied at the Hogeschool voor de Kunsten Utrecht with Professor Henk Alkema. The years 2005-2006 she spent in Italy, studying music and new technology at the Conservatorio Giuseppe Tartini in Trieste. In 2007/2008 she followed the ECMCT course (European Course in Musical Composition with Technologies) at the Sibelius Academy, Helsinki and at the Escola Superior de Música de Catalunya, Barcelona.
Malle Maltis has written works for various chamber ensembles, chamber orchestra, music for solo instruments, number of electro-acoustic compositions and film music. Her works has been performed at several festivals in Estonia and around Europe – Gaudeamus Music Week in Amsterdam, Avantgarde-Tirol Festival, Festival SoundsNew in Canterbury etc.
Malle Maltis’s works have been recognized with several prizes: in 2004, her work Res for piano, percussion and tape won the 1st prize at the International Electroacoustic Music Competition Musica Nova in Prague. In 2005 and 2007, she was awarded the composer’s prize at Estonian Music Days Festival. In 2010, her piece Chameleon chant for violin and live-electronics was the winner of the 3rd ECPNM contest for live-eletronic music works.
In current time, besides composing Malle Maltis teaches composition and electronic music at the Estonian Academy of Music and Theatre.