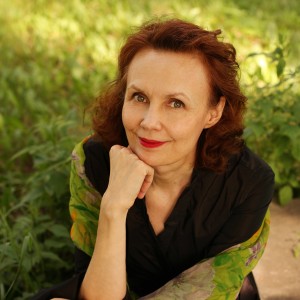 The 2015-2016 season of HELIjaKEEL (SOUNDandLANGUAGE) led by Kammermuusikud, in addition to its usual mandate of juxtaposing music and poetry, focuses more on different musical styles.
The opening concert of the HELIjaKEEL Saariaho Festival – MIRRORS will feature the music by Arvo Pärt and Kaija Saariaho. Although the styles of these two composers are different, it is also possible to find unifying elements in their music.

However paradoxical it might be, silence seems to be the essential purpose of Arvo Pärt’s music: he does not consider the notes or musical sounds as the essence of music. For him, the sounds only point towards the essential, in the same way as words always only serve as a hint towards something more. The essential will always remain hidden between the sounds. Often, Pärt’s creative method is compared with fasting, with voluntary asceticism: for him, reduction is far more important than enlargement. He has always been frugal with his means of expression, even parsimonious – and yet his music is benevolent. (Toomas Siitan, www.arvopart.ee)